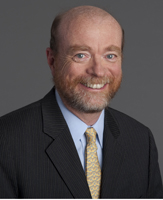 New York, NY- The Dave Nee Foundation has selected William Treanor, Dean at Georgetown University Law Center and Mitchell Bailin, Dean of Students at Georgetown University Law Center as its 2012 David S. Stoner Uncommon Counselor Awardees. The Award is given annually to a member or members of the legal profession who exhibit extraordinary compassion and concern for their co-workers, family, friends, and community.

William Treanor is being honored for his leadership at both Fordham and Georgetown Law Schools in the area of mental health awareness.  In the wake of Dave Nee’s suicide, Treanor not only was a source of great comfort and support to the Fordham Law community, he made mental health and suicide prevention programs a priority.  In addition, Dean Treanor was an integral part of the Dave Nee Foundation’s inception and has been an advocate of the organization ever since.  His support has been critical to the Foundation’s success.

Mitchell Bailin has worked tirelessly to raise awareness of mental health issues at Georgetown Law by building a network of resources available to his students and using various methods to inform the student body of them.  Most notably, Dean Bailin is praised for the personal relationships he has built with his students.  A former student stated, “When my law professor scheduled a meeting for me with Dean Bailin, I thought getting through my depression was hopeless.  Little did I know that Dean Bailin would be a source of hope throughout the hardest struggle of my life. . . .  He is the one who I can’t thank enough.  And I am just one of the many students he has helped.”  Other law school administrators have similarly praised Bailin’s work, commenting that his department is the “gold standard” for mental health awareness.

The David S. Stoner Uncommon Counselor Awards will be presented at the Dave Nee Foundation’s Annual Gala on November 2, 2012 at Capitale in New York City.